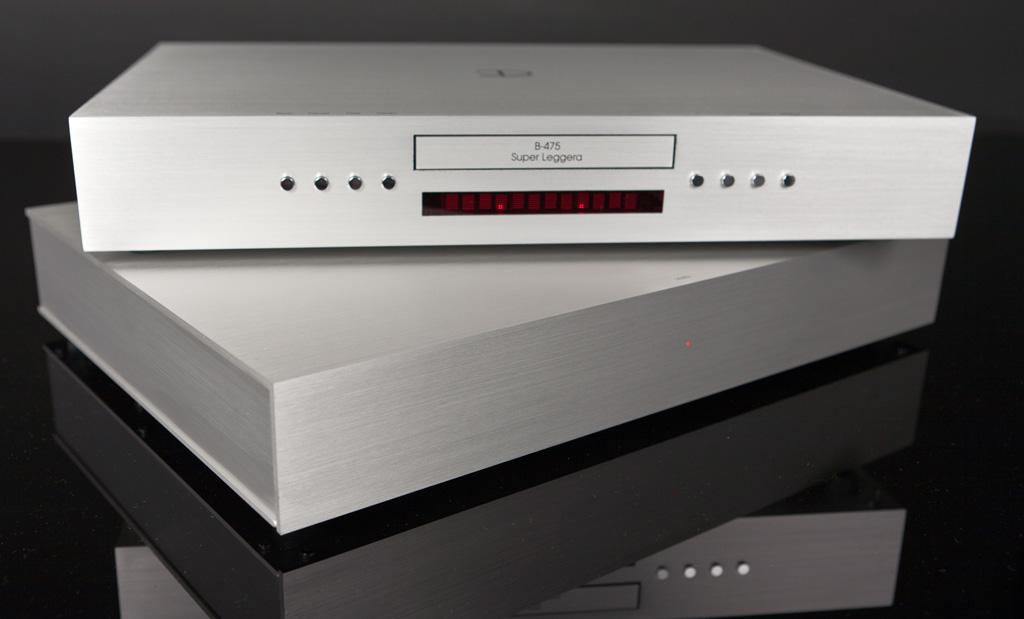 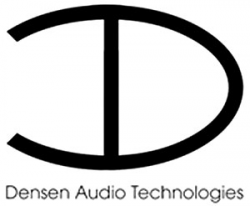 The B-475 is the natural progression of the current Densen line and pushes the quality of CD Playback significantly.

Densen has always had a strong attention to the powersupplies of their products. Over the years this has resulted in Densen using exclusively their own powersupply capacitors which are designed specifically for the circuits they are being used in, instead of relying on standard capacitors. The Densen powersupplies has always contained several separate supplies, focusing on clean power to all stages of the products, and the transformers have always been custommade. Now Densen takes these attentions to details to another level, with the introduction of the Densen B-475.

The Densen B-475 is the second Super Leggera product from Densen. The first being the B-275 preamp. The term superleggera will not be unfamiliar to conneceurs of advanced sportscars, as this Italian term, meaning super light weight, has been used to describe the chassis of some of the best and most famous sportscars ever made.

The industry standard has been to build bigger and bigger products, with larger and larger circuits and powersupplies, resulting in cabinets both holding delicate audioelectronic and massive powersupplies. Densen has with the Superleggera products divided these into 2, allowing the audiocircuit to be totally separated from the powersupplies mechanically, resulting in a dramatic removal of the powersupply vibrations which will smear the signals of a normal amplifier. In the B-475 the huge powersupply has its own cabinet, while the delicate audiocircuit is in the Superleggera cabinet, where everything possible has been done to reduce the weight and remove vibrations. This has made a dramatic improvement of the sound, and where huge high end products normally is associated with dark and slow presentation of music, the words that springs to mind when describing the B-475 Superleggera is words like agile, precise, fast, dynamic and natural.

The B-475 simply let the music breath more freely, due to the removal of unnessesary weight. This is in line with Densens effort in previous models, where the attention has always been to make a light cabinet, but here it is obviously taken to extremes with the 2 cabinet solution.

The powersupply of the B-475 is placed in a cabinet named 2NRG. The 2NRG contains no less than 3 custommade transformers, each with 2 separate windings. Each audiochannel of the B-475 Superleggera has its own transformer and no less than 200.000uF and rectifying by the use of ultrafast and precise diodes. The third transformer supplies the microprocessor, CD drive, display, input selectors and the advance relay driven volume attenuator. All in all the 2NRG has no less than 510.000uF in the form of 51 custommade capacitors.

The B-475 Superleggera itself contains further voltage regulation, allowing a complete removal of interference between each part of the amplifier. Therefore the B-475 itself contains a further 150.000uF of powersupply capacitors, and 10 individual regulations.

The B-475 is in all aspects optimised for perfect performance. The signal comes from the heavily modified CD transport, with external clock control to avoid jitter by using same clock in both sending and receiving end of the datastream. Passes trough the advanced pcb layout to the DAC, and further on through the analogue stage which uses Densen′s unique non feedback class A topology. It is further perfected from the earlier designs, and are one of the key elements that secures the extreme high sound quality of the B-475.

B-475 adds a digital input, allowing the use of the internal DAC in the B-475 as DAC for an external source like a Sonus system, a Squeezebox or another digital source. This is done via a coax digital input, as Densen believes this is what secures the best digital transfer, and thereby sound. Switching between listening to the CD in the B-475 or an external source, can be done either by a selector switch on the frontpanel of the B-475, or by a push on the Densen Gizmo remote.

the Densen design team has focused totally on creating a CD player that not only sets new standards for the price range, but actually plays music in a way that allows the listener to really dig into the music.

The microprocessor contains Densens own control software, that controls both CD drive and all functionality including display, link and remote. The CD drive is modified with external clockcontroller. The analogue stages are based on Densens famed 6 watt class A amplifier stage, with no negative feed back (neither global or local), which here is obvious used in a version with less than 6 watts output.

The B-475 uses the best components throughout the design, such as custommade capacitors, Vishay metalfilm resistors, goldplated RCA′s with direct connection to the printed circuit board. And high quality film capacitors.

The B-475 is available in either albino finish with chrome pushbottons, or black with either chrome or gold pushbottons. The display is the same dotmatrix used on Densens other products. By software it can be dimmed, or completely shut off.

The DAC and analogue board is separated from the main CPU board, contains DACs which are encapsulated for best performance, an advanced class A non feedback analogue stage, and shunt regulators in the powersupply.

The DAC is a 24 bit type which is mounted under a shielded box, to avoid digital interference on the analogue stages. To optimise the PCB layout, the DAC board in the B-475 uses a 4 layer PCB, where powersupply and ground has their own layer. This allows making these planes extremely precise in the distribution of power to the delicate circuits.

Soundwise the B-475 is the result of Densen headhoncho Thomas Sillesens desire to make a CD Player that not only surpasses the current Densen models, but a CD player that will be a benchmark for what can be expected from CD players not only at the pricepoint of the B-475, but also at pricepoints much higher. The B-475 is transparent, dynamic, precise, engaging, musically correct, with a precise soundstage, and the ability to create a sound so good you forget you are “just” listening to a CD Player.

The B-475 has double goldplated RCA outputs, BNC digital output and Densen′s own Digital output format which allows for easy upgrade to separate DAC and Transport, if Densen decides to launch a separate DAC. The digital outputs can be switched off. It also has DenLink for easy communication between Densen products and for use in multiroom systems.

As with all Densen products the keywords for this player are: Life is too short for boring HiFi!

Yet over the Densen duo nothing defaulted into aural rejects. Whomever

That the low bass causes no structural damage whatever HiFi